Our Guest Today is the book: Like Water for Chocolate by Laura Esquivel

Before: The guest and the guest

Today we invited a book to eat with us, but also another real life guest. A twin. A sister that I met on the steps at Wits while learning Portuguese. She has always been on a wild horse, showing the way. She has no fear. Her whole world is filled with love. Welcome Yolande!

The re-read: 2 weeks ago

The only thing I remember of Like water for chocolate, is passion. I was in my early twenties when I read it for the first time, and Tita was cooking her desire for Pedro into some quails using the roses he gave her earlier that day. Pedro smouldered at the dinner table, but nothing compared to Gertrudis, Tita's sister. Darling Gertrudis was so overcome with this meal, and what was cooked into it, that she had to have a shower, see. She was steaming! So badly that the wooden outhouse shower set on fire, Gertrudis ran from it, naked and simmering, into the arms of Juan, who of course had smelled roses&lust from  miles away, mid battle. He left everything and he found Gertrudis running for her life. She jumped onto his horse and off they went. (Magical Realism makes for fine reading dear friends, especially in your twenties.)
And then I read the book again. Two weeks ago. There was so much I didn't see! And I drove to Zenobia's house, my hands shaking and declaring that "This book is me, this book is everything, this book is my love, and this book is what I am today! This book made me!"  (And don't worry, I am a little scared of horses) I didn't realise then, that this book is Zenobia, until she arrived at lunch.

Mauritz and I started slicing onions, in the same way the book starts, but without the tears. What is it with onions that they don't make you cry anymore? I had a great Mexican playlist going, dancing to it in my pj's and thinking of Tita, the main character in the book. She was cutting onions when she was told that she would not be able to marry Pedro, the love of her life, because, according to the family tradition, she had to look after her mother, MamaElena, till her mother passed on.
And I thought of Mauritz who went into the sea on our honeymoon and came out of the sea with a lobster. We had a little gas cooker with us, and all I could taste, was his love. And I wondered about Tradition... I love tradition, and I think this club could become a tradition... but when Traditions starts hurting others, then it should be broken. I danced to that.

We all thought Zenobia would cook the main meal. Did I mention that she chose this book? But she did more than that. She draped Tita's shawl around herself the day before and she cooked. And cooked and cooked, until all her love, all her compassion, her generosity, her kindness and her memories were cooked into several dishes.  She can cook. I can only admire.
And so, the feast began. We started off with a cucumber soup, and I could taste  the excitement of travel, the love Zenobia had, and still has for her deceased  parents. I could taste Tita's fight to bash hurtful traditions...
We swiftly moved on to stuffed squash blossoms, fried in shallow oil. And Zenobia's grandmother was the one who appeared first, out of nowhere. Her eyes soft, her hands held out to her granddaughter. Her heart beating with pride in her chest. She sat down and joined us, as Rebecca served a lime sorbet with a tot of tequila to cleanse the pallet. And it sure did!

14:00: Moving to the table under the trees
FUCK TRADITION

Well, I failed to say that Mauritz's Christmas buns didn't want to rise. They stayed  in the pot, unwilling to move. Stubborn. Maybe it was due to me dancing in my PJ's instead of in a traditional Mexican dress way back in the kitchen this morning. Or maybe it was a day to break traditions. Mauritz's wonderful slow food is always on the table! But not today.  Merle's food was served as unofficial starter.
We opened another bottle of wine, we banned all traditions that hurt people. We banned traditions that become intrenched in how we think. We saluted artists, free thinkers, musicians. We drank to everyone who does not fit into the mainstream box. We drank to those who can love unconditionally. Who can take the good with the bad. We celebrated everyone who can see grey and who can wade through the fog, unable to see, but still going, until the light shines through.

Mauritz and Zenobia disappeared into the kitchen, and arrived like gods from the mist with the main meal!
Show stopper first!
The table was loaded with offerings of taste and emotion. Expressions of love, longing, connection, creativity, sensuality and nostalgia. (As Zenobia put it) I scattered chilli peppers and matches on the table that morning as a reminder of Dr. John's words in the book: that we are all born with a box of matches inside of us, and that it is through a lover's kiss, or a taste of food, or cooking, music, art or just plain finding your groove, that it will light up. I lit up when I tasted this quail. It tasted exactly as I imagined it when I was 22. The sauce curled around my tongue and Zenobia's parents arrived next. They walked through the bushy parts surrounding the lunch table, and they drew in all the smells, drawing it deep into their souls. They nodded. They looked us all in the eye. They got plates, and tasted every delicate flavour with us and they smiled.
Our matches were lit. And we doomed all traditions that hurt again and again. And then Zenobia's parent's doomed all the bad of tradition with us.

15:30: Dessert, chocolates and coffee
HAVE A BLOODY PROVERBIAL WEDDING

It was Helen's turn to light another fire in our stomachs by bringing to the table the most perfect and most delicious Mexican flan. We polished it all. And in that sweetness, I saw Tita again. Dancing in the last chapter of the book. A wedding, and still not her own. This time it was the wedding of her niece, Esperanza. Tita fought for this wedding. Esperanza was her sister's daughter, and was supposed to look after her mother, in the same way Tita had to look after MamaElena.
The only way this Horrible Tradition could be broken, unfortunately, was by killing off the two stalwarts. MamaElena caused her own death by her refusal to believe and love her own daughter. And poor old Rosaura couldn't appreciate food, and the love that can be cooked into food. So she had to go too, dying of flatulence and indigestion, with not a match in sight.  I think she also died, because she showed no empathy for Tita's heartache. She could show no empathy for her own daughter either, knowing  how much Tita had suffered.
So have a bloody wedding, even if it's a proverbial one, when all the ghosts of bad tradition are gone! Have a feast! Dance when you achieve this!
Zenobia's parents waved goodbye. Her grandma nodded. We watched the flame within each one of them burn gloriously. And then they were gone, but not from our tongues. And we all lit a match.
Go in peace. And love.
And of course, the extras!
Laura Esquivel regularly shows a finger to tradition. She fights for love. Always. Check out what she does, apart from writing.
Blogger Kathleen tried her hand at some Like Water for Chocolate recipes. Looks Delicious. Have a peek.
Pedro Infante was on the playlist. (Cheesy pics and all. Luckily you can't see them when you chop onions.)
If you still cling to tradition, read this book with a box of matches (James Hollis) to ignite your flame and to dance on graves.
And yes! There is a movie. A beautiful sensuous wonderfully made movie, so well made that you can taste through the screen. Watch the trailer!
eating is believing fuck tradition that hurts James Hollis Kathleen cooking in Mexico Laura Esquivel Like water for chocolate Mexican cooking unconditional love
Location: Johannesburg, South Africa

Popular posts from this blog 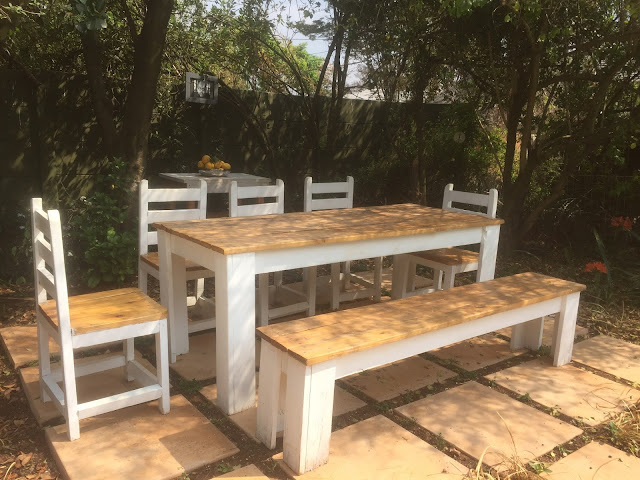 This blog is about 5 friends, their offspring and their dogs. It’s about getting together, laughter, cooking and wine. It’s about seeing faces. But mostly it’s about inviting an imaginary guest to our table. This guest then sets the mood for the day. Today I have invited Carlos Ruiz Zafón to our  table and in doing so we travelled to Barcelona, Spain.  I fall in love easily. Especially with writers. And falling in love with Carlos Ruiz Zafón was no exception. From the moment I imagined his hand moving over paper and creating The Cemetery of Forgotten Books , I loved him. Deeply. I had a black and white pic of him framed and hung it on my wall. I got to know Carlos Ruiz Zafón through my friend Naomi who gave me his first book in the series a couple of years ago. I read The Shadow of the Wind  without looking up once. I know many think it’s the best book ever written, and normally I wouldn’t be one of the masses, but with  The Shadow of the Wind , it felt as if I was the only one who had
Read more 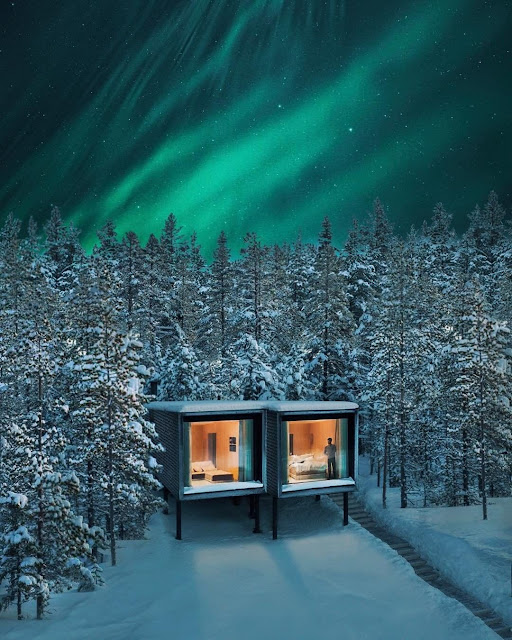 Somebody being chased by a wolf. Ominous clouds. Dread, doom and damnation. That is what I think when I hear violin music. So when Helen invited the Finnish Pekka Kuusisto and his goddamned violin to her dinner table, my heart started racing with fear. An evening of violin music to a rock and roller was far worse than being chased by a wolf.  This Finnish hotel was found on Pinterest  And because of that I didn’t start my research with Pekka, our man of the day. I chose a Sunday afternoon and made the family sit in front of the TV screen, and started searching video clips on Life and Food in Finland . Within an hour we all wanted to go and live there, at least for the summer. And maybe a bit of winter, so that we could lie in saunas and then run into the freezing cold and dip into a perfect little hole made into the ice.    We watched clips on people roaming through forests to find the freshest ingredients, we toured Finnish Art Museums. We watched the real Santa Claus handing out pre
Read more 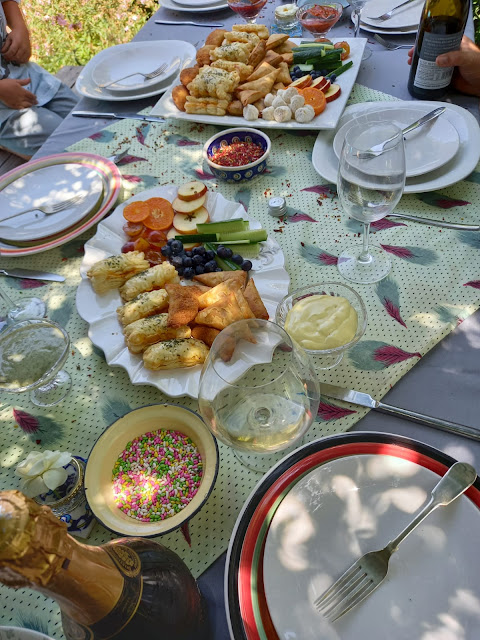 Today we had lunch with Aysa Safal. The person who changed our lives. The woman who made all of this possible. Many moons ago she made Mauritz walk into the ocean and willed him out of the west coast waters with a lobster in one hand. Our honeymoon. She also made him pack  a whisk, an egg and a small bottle of olive oil in the camping gear. She was the one that spurred us on till we had that perfect mayonnaise.  And she must have watched and winced at our lack of decent clothing.  Today we wanted to remember her smells, her influence, her love. We wanted to celebrate the huge impact she had on Mauritz's tastebuds. She is the one that made sure that I stay out of the kitchen. Also that both our children show a keen interest in being curious about food.  Our family wanted to give thanks to her open hands, her life, her dedication to food and her kindness. And the only way to do this, was to have a kind of  wedding . A big celebratory Cape Malay wedding under the trees.  Starter tabl
Read more